(Reuters) - Aberdeen manager Jim Goodwin has been given a six-match touchline ban by the Scottish Football Association (SFA) following his comments about Hibernian defender Ryan Porteous "conning" referees, the SFA said on Thursday

Hibernian beat Aberdeen 3-1 in the Scottish Premier League last month, with Aberdeen's Liam Scales conceding a penalty and being sent off after clashing with Porteous inside the area.

"You are always worried who is marking Ryan Porteous because you know what he is like, he's won so many free kicks and penalties for his conning of the referee," Goodwin said after the match. 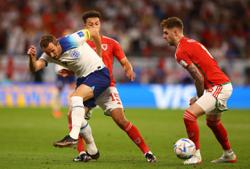