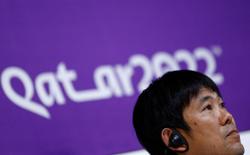 PETALING JAYA: Tan Cheng Hoe is hoping Selangor will not take their foot off the pedal against PJ City tonight.

The new coach made a solid start in his first time in charge as the Red Giants carved out a huge 5-0 win over Melaka last week.

But PJ City are a team capable of spoiling the show as they beat Selangor 1-0 in their last meeting in August.

And the Phoenix have done well in their last two matches, holding newly-crowned league champions Johor Darul Ta’zim to a 2-2 draw and beating Kedah 1-0.

“PJ have a good defending style. We definitely have to be aware of this and hopefully we’ll get a positive result.

“We have another one or two sessions of training before selecting the first 11 because I’m still new to the team and the players have to adapt to my style of play. These boys are very young and talented and they can adapt to the situations.

“After working with them for two weeks, I could see that they have very good team spirit and showed commitment in training,” he added.

The former national coach was also asked on the new format to be introduced in the 2023 Malaysian Football League (MFL) season and said he is ready to embrace it.

Next year, 18 teams will compete instead of the current 12, which has been in place for the last nine years since 2013.

There will also be changes made to the number of import players. It is nine currently but only six can be listed in a game with five on the field and one on the bench.

“Everyone have been studying the new format before MFL came out with the changes. As a coach I will adapt to the situation.

“It all depends on the team and players on how they adapt to the situation,” he said. 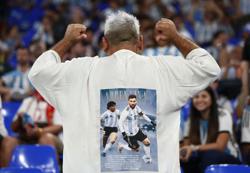