BERLIN (Reuters) - Borussia Dortmund go into Der Klassiker against champions Bayern Munich on Saturday with an improved self-confidence, coach Edin Terzic said, as they look to claim top spot in the Bundesliga.

Dortmund suffered a shock 3-2 loss to Cologne last week but their sparkling 4-1 Champions League victory away to Sevilla on Wednesday was the perfect dress rehearsal for Saturday's match.

"The way we approached the game (at Sevilla) was a really good step forward," Terzic said. "We can take a lot of good things with us from this game and we will also need to improve some others."

What looked to be improving was Dortmund's defence, which conceded only once despite Sevilla having 20 goal attempts.

Terzic's fourth-placed team, who are level on 15 points with third-placed Bayern and two behind pacesetters Union Berlin and Freiburg, have been struggling with their backline, having leaked 10 goals in eight league games so far.

That is almost double the amount each of the top three teams have conceded.

"Confidence is something that does not just appear but you have to work hard for it," said Dortmund midfielder Julian Brandt, who was on target against Sevilla.

"If we all stick together and give it all we have then we are in a position to get everything. We are really looking forward to Bayern."

The Bavarians are in equally buoyant mood after last week's 4-0 win over Bayer Leverkusen ended their four-game winless run in the Bundesliga.

Julian Nagelsmann's team followed that up with a 5-0 demolition of Viktoria Plzen in the Champions League on Tuesday, with Leroy Sane and Sadio Mane on target and looking far sharper than a few weeks ago.

"Dortmund should be prepared to face a highly motivated Bayern team," said Bayern midfielder Leon Goretzka. "In the league this remains our most important game because it's the blue riband duel."

"We are raring to go and will step on the gas. As far as the table is concerned this does not matter before the game. It is 90 minutes with everything at stake and that is how we will approach this game," he added.

Leaders Union Berlin will look to bounce back from last week's defeat at Eintracht Frankfurt when they travel to VfB Stuttgart on Sunday when Freiburg visit Hertha Berlin. 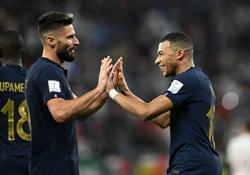