(Reuters) - Celtic manager Ange Postecoglou said his team need to have a "stronger mentality" and play for more than just survival after their 3-1 Champions League defeat at RB Leipzig on Wednesday.

Two goals from Andre Silva and another from Nkunku handed Celtic their second defeat in three games in Group F. The Scottish champions host Leipzig in Glasgow on Tuesday.

"For us to get over this hump of being a good side and getting results we have to have a stronger belief and mentality, but that's not easy, it comes with experience," Postecoglou said.

"We need to stay really positive in our mindset and with the way we play our football. If we do that, we give ourselves a better chance.

"If you play for survival that's all you'll ever get, you never get anywhere."

Celtic suffered a huge blow during the game when their captain Callum McGregor had to be taken off in the 37th minute.

"He's tweaked his knee at the first goal and put in an enormous effort to get back and it was his toe poke that played (Nkunku) through. It doesn't look good but we'll see what the doctors say," Postecoglou added.

There was also bad news for Leipzig with captain and goalkeeper Peter Gulacsi suffering a serious knee injury.

The Hungary international sustained an anterior cruciate ligament tear in his right knee and will be out for a lengthy period, the club said. 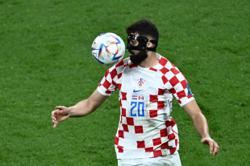 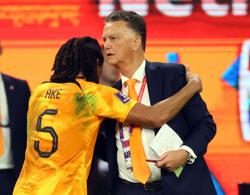