Scamacca, who joined for a reported initial 30 million pounds ($33.48 million) from Italian club Sassuolo in the close season, rifled a slightly-deflected shot past Wolves keeper Jose Sa in the 29th minute.

West Ham were by far the better side and doubled their lead through Jarrod Bowen's sharp left-footed finish in the 54th minute after Thilo Kehrer's blocked shot fell to him.

Wolves, who gave a debut to former Chelsea striker Diego Costa as a substitute, rarely looked like worrying a West Ham side who claimed their second win of the season.

Costa, a free transfer until the end of the season, headed one good chance wide while Daniel Podence had a goal ruled out for offside as Wolves finally rallied.

West Ham moved up to 15th with seven points with Wolves dropping into the bottom three with six.

After challenging for a top-four place and reaching the Europa League semi-finals last season, West Ham have had an underwhelming campaign so far despite a hefty outlay in the summer transfer window.

Italy forward Scamacca had found things especially tough but he made his mark in stunning fashion.

When a clearance dropped to him on the edge of the area, he took a touch and belted a shot that glanced off defender Jonny and rocketed into the goal.

Bowen gave his side breathing space when he deftly controlled a spinning ball before drilling a shot inside the post to leave Sa with no chance.

"It was just what we needed. We've not had the start we wanted. In the international break we regrouped our thoughts," said Bowen, who broke into the England squad last season.

Wolves fans were left grumbling at their side's poor start and the pressure will mount on manager Bruno Lage whose side have won only two of their last 17 Premier League games.

"It is time to look to ourselves. What we are doing in the Premier League is not enough. Having the ball is not enough," a brutally honest Wolves skipper Ruben Neves said.

"I think everyone, including me, can give a little bit more. We are not in good form so something needs to change. The people don't deserve to see what we are doing at the moment." 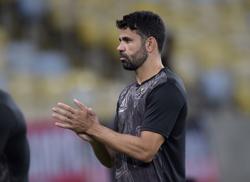