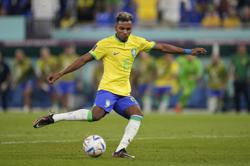 MADRID (Reuters) - Spain women's coach Jorge Vilda on Friday left out of his squad to face Sweden and the United States next month the 15 players who have reportedly told the Spanish FA (RFEF) they would quit international duty while he is in charge.

The RFEF issued a statement last week saying it had received 15 emails from players saying their relationship with Vilda was affecting 'significantly' their emotional state and health and 'as long as it is not reversed' they resigned from the team.

"This mess is hurting Spanish football. It's a worldwide embarrassment," Vilda told a news conference on Friday.

"I'm confused because I don't know what the players are demanding. I wish there had been more clarity.

"I'd prefer it if they had told me in person and then I'm sure we wouldn't be in this situation. It's as simple as that."

According to sources close to the situation, the players are unhappy with the management of injuries, the atmosphere in the locker room, Vilda's team selection and training sessions.

"You can talk to me, I'm here 24 hours a day to speak and to express opinions. I'm always open to dialogue," Vilda added.

"All the training sessions are recorded and I would be delighted if they were all broadcast live. Lack of dialogue? Sure there has been, but not on our part."

Vilda on Friday announced a list of 23 players to face Sweden and the U.S. on Oct. 3 and 11 respectively.

The best women's player in the world, Barcelona attacking midfielder Alexia Putellas, who has supported her team mates, was also not called up but she is recovering from injury.

Five players have been called up for the first time - Enith Salon, Ana Tejada, Maria Mendez, Nuria Rabano and Ane Azcona - and only two Barcelona players are included - Nuria Rabano and Salma Paralluelo, who is currently injured.

"I think I'm right, that I have the strength to create a new team and have a squad that we're all proud of," Vilda said.

"We have to give time. Now we have two teams of the highest level. I ask for respect for the players who are here and are going to give their best to be in a high level to compete."

The RFEF, which has not officially disclosed the identities of the 15 players in the dispute, said it fully supported the coach and that the omitted players will only return to the squad if they "recognise their mistake and ask for forgiveness". 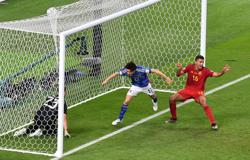