(Reuters) - Juventus manager Massimiliano Allegri has a lot on his plate as the Turin-based club sits at an underwhelming eighth place in Serie A but he remains as ambitious as ever in horse racing.

His horse Real Cecil, co-owned with Real Madrid manager Carlo Ancelotti, arrived first in Thursday's race in Chantilly, France, to seal Allegri's fifth victory in the sport, as many as the Scudetto titles he won with Juventus.

Allegri went viral in 2019 for using horse-racing jargon to say Juventus only had to win the Scudetto by a nose -- "corto muso" in Italian. The term later made it into the Italian dictionary Treccani, which credited him for making the term mainstream.

The 55-year-old can oversee the progress of his horses only remotely due to his commitments at Juve but he makes sure to keep in regular touch with Alessandro Botti, who trains them in Chantilly.

"He is a little like the owner of a club who wants to know before the game what is the squad the coach is sending to the pitch... Horses are after all like athletes at a high level," Botti told Italian newspaper Gazzetta dello Sport.

"He knows his stuff because he can notice immediately if there have been problems or if it was bad luck, if the horse or the jockey could have done better.

"It is easier to work this way, because Max is as ambitious (in horse racing) as he is in soccer."

(Reporting by Silvia Recchimuzzi in Gdansk; Editing by Cynthia Osterman) 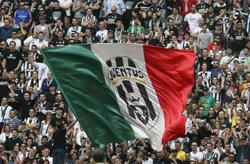