(Reuters) - Jenni Hermoso, Spain's all-time leading goalscorer, has backed her team mates in their dispute with the Spanish Football Federation (RFEF) over working conditions in the national women's team.

The Spanish team, ranked eighth in the world, has been in crisis since the RFEF last week said 15 players had threatened to quit if head coach Jorge Vilda was not fired.

The group of players, which did not include Hermoso, later denied asking for Vilda to be fired and lamented the federation's decision to make their communication public.

Describing the last few days as "the worst moments" in the history of women's football in Spain, Hermoso said she felt obliged to speak out lest her silence be misinterpreted.

"I want to publicly express my unconditional support to all my (colleagues) who a few days ago decided to communicate the need to improve the working conditions (in) the Spanish national team," she said in a statement on Twitter.

"Not only do I understand their reasons, but I have also experienced many of the same feelings and concerns..."

According to sources close to the situation, the players are unhappy with the management of injuries, the atmosphere in the locker room, Vilda's team selections and his training sessions.

Vilda has not commented on the complaints, but the RFEF has said it fully supported the coach.

Hermoso, who has been playing for her country for 11 years, said the environment that had caused such dissatisfaction among the players had not come about overnight.

"It is evident that it is the consequence of an accumulation of events, behaviours, decisions, failed attempts and mental exhaustion of trying to fight to have the players' voices heard," she said.

Hermoso said she accepted that the players should not dictate every coaching decision but that their opinion had to be taken into account.

"The evident lack of communication has generated internal doubts that have worn out the commitment of the team and, although I do not agree with all the actions that have been taken of late, I do empathise with the need to do something," she added.

Hermoso said she had been wracking her brains over the last few days for solutions to the problem.

"I do not have the answers to all these questions, but I am clear on the fact (that) players must be part of this process and that what happened a few days ago is not blackmail nor is this happening on a whim," she added.

(Reporting by Manasi Pathak in Bengaluru, editing by Nick Mulvenney and Peter Rutherford) 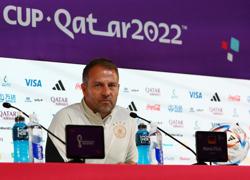 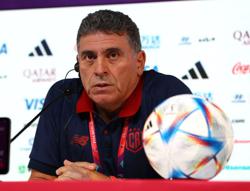