Soccer-LaLiga resumes with host of injuries after international break

(Reuters) - International duty was not kind to LaLiga sides as several key players reported back to their teams nursing injuries that will affect their availability for the weekend and beyond.

Barcelona had arguably the worst of them with defender Ronald Araujo having surgery on his right thigh after suffering a tendon injury on Friday in Uruguay's 1-0 defeat by Iran in a friendly, leaving the pitch after only five minutes.

Araujo will miss Barca's Saturday's visit to Mallorca as he is expected to be out for six to eight weeks, which means he would only come back to club duty after the World Cup, which starts in less than two months.

However, Araujo was not the only problem in defence that Barcelona have to face after the international break.

Jules Kounde suffered a hamstring injury with France and is expected to be out for around four weeks.

The former Sevilla defender will miss at least Barca's next four games, including a Champions League double header against Inter Milan and is unlikely to be back in time for El Clasico at Real Madrid on Oct. 16.

Furthermore, Barcelona's Frenkie de Jong, Ousmane Dembele and Pedri have also suffered minor setbacks in their fitness and their availability for the weekend is in question.

Barca are second in the standings on 16 points from six games, two behind Real Madrid whose midfielder Luka Modric was also hit by the international break injury bug.

The 37-year-old returned from Nations League duty with Croatia with a hip injury and could be out for up to 10 days.

Modric is expected to miss Real's game against Osasuna at the Bernabeu on Sunday and next week's Champions League home match with Shakhtar Donetsk but could be back for the trip to Getafe the following weekend.

Real's Austrian defender David Alaba also came back with a muscle problem although it is not believed to be serious.

Getafe also have concerns over leading striker Enes Unal, who had to cut short his spell with Turkey due to a back injury.

The game of the week in LaLiga looks to be Sevilla hosting Atletico Madrid on Saturday.

A regular top-four contender and playing in Champions League Group G, Sevilla are 15th in the LaLiga standings on five points, only one point above the relegation zone having won only one game in all competitions this season.

Atletico are seventh on 10 points and their fans are edgy after two consecutive losses against Bayer Leverkusen in the Champions League and Real Madrid.

The pressure is rising on coaches Julen Lopetegui and Diego Simeone respectively and another bad result this weekend could increase the sense of a crisis. 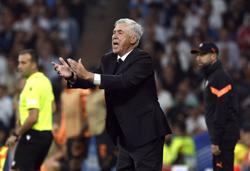 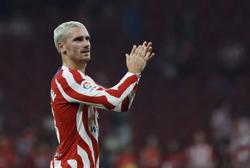 Soccer-Szczesny grabs chance to 'show off' penalty-saving skills to deny Messi
Soccer-Prosecutors seek trial for former Juventus chairman Agnelli and club
Soccer-Who could buy Manchester United and how much is it worth?
Soccer-France on a tightrope as knockout phase looms
Soccer-Argentina must avoid Australia upset to keep Messi's dream alive
PREVIEW-Soccer-Netherlands need to show they are not all talk
Soccer-Disappointed Danes won't take success for granted after early Qatar exit
Soccer-Emotional Wright dedicates Australia win to mother-in-law
Aussies should be so Leckie!
Valencia makes tearful apology to Ecuador