SAN MARINO (Reuters) - San Marino ended a run of 18 successive defeats on Wednesday but failed to grab only their second-ever international victory as they played out a 0-0 draw with Seychelles in a friendly between two of FIFA's lowest ranked sides.

The tiny republic, landlocked in Italy and with a population of 33,000, were pitted against Africa’s smallest country, whose population is more than three times that of their hosts, but who also have a similarly poor record in world football.

San Marino, who have not won for 18 years and are bottom of the rankings of FIFA’s 211 member countries, were warming-up ahead of their last Nations League group game at home to Estonia on Monday.

Their only success in 193 internationals came in a friendly against Liechtenstein in 2004 and they have been unsuccessful in 124 games since, including Wednesday's clash, which almost did not take place after the Indian Ocean islanders struggled with logistical difficulties in getting their team to Europe.

Seychelles, ranked 198th, have not won in their previous 45 internationals since an Africa Cup of Nations qualifying success against Lesotho in 2016.

It was only the second time San Marino had faced opposition from outside of Europe, having lost to the Cape Verde Islands earlier this year, and they had high hopes of breaking their drought.

But they became increasingly desperate in their bid for victory, throwing players forward in the last stages of the match but shooting wildly when they had chances. 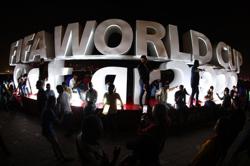