LONDON (Reuters) -Chelsea's coach Thomas Tuchel will be banned from the touchline when they host Leicester City in the Premier League on Saturday following his behaviour in their 2-2 draw with Tottenham Hotspur earlier this month, the Football Association said on Friday.

Tuchel accused the match officials of making wrong decisions as Spurs came away from Stamford Bridge with a point. Tempers also flared, with the German and his Tottenham counterpart, Italian Antonio Conte, shown red cards for a confrontation.

Both managers were fined by the FA but only Tuchel will serve a ban as he was found "largely culpable" for the fracas following the managers' post-match handshake.

"The manager (Tuchel) admitted that his behaviour after the final whistle of the Premier League game against Tottenham Hotspur ... was improper," the FA said in a statement.

"An independent Regulatory Commission subsequently ordered for him to be fined 35,000 pounds ($41,202) and suspended from the touchline for one fixture during a hearing.

"Thomas Tuchel appealed against these sanctions, but this has been dismissed by an Appeal Board today."

The trouble started late in the second half when Spurs' centre back Cristian Romero pulled Chelsea defender Marc Cucurella's hair, leaving Tuchel fuming after the on-field referee and the Video Assistant Referee failed to take action.

Before the FA's decision was announced, Tuchel had said he did not dispute the red card and touchline ban but found it difficult to understand why Conte escaped a similar punishment.

"What's hard to accept is the context. I don't think I started the aggression, it started earlier. I don't think I was the only person involved -- we both got a red card," Tuchel told reporters.

"A player pulled another player by his hair two minutes earlier. He can play on, he's not banned. For a firm handshake at the end of the match, one coach is banned. This is very hard to accept but I have to accept it."

Tuchel said the touchline ban would not prevent him from coming to the stadium and staying in the dressing room.

Chelsea are 12th in the standings with four points after three games, five points behind leaders Arsenal. Spurs are fourth, two points off top spot. 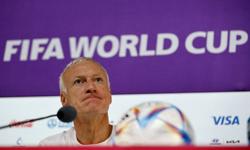 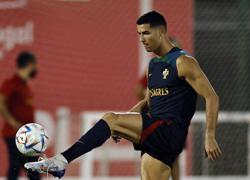 Soccer-Ten Hag did not know about Ronaldo's desire to leave Man Utd until interview
U.S. sportswriter Wahl dies suddenly while covering World Cup - agent
Soccer-'We suffered, but we won': Argentines celebrate victory over Netherlands
Soccer-Maradona is watching us from above and pushing us, says Messi
Soccer-Van Gaal hails effort of players and bemoans penalty misses
Analysis-Soccer-Argentina fans begin to believe as Messi wills them into World Cup semis
Agony and anger for Brazil as World Cup favorites crash out
Soccer-Neymar says he is unsure if he will play again with Brazil
Analysis-Soccer-European curse stings Brazil again at World Cup
Soccer-Messi's Argentina go through on penalties after Dutch comeback