MANCHESTER, England (Reuters) - Monday's Premier League clash with old rivals Liverpool at Old Trafford is a game which could not have come at a worse time for Manchester United's American owners, the Glazer family.

Under fire from fans, who plan to protest before the match, with the team having lost both their opening games and failing to secure transfer targets near-daily, a game against one of the Premier League's top two threatens to become yet another humiliation.

If that was not enough, the game also provides a stark contrast between the Glazers and another American ownership group: Liverpool's Fenway Sports Group.

The Boston-based organisation, headed by John W Henry, are a model of how foreign owners can take over a Premier League club, create a positive, modern results-focused culture, build a bond with fans and deliver success.

Fenway, who have also enjoyed success in their homeland with Major League Baseball's Boston Red Sox, have succeeded in almost every area that the Glazers have failed in.

While the Glazers have stumbled through six managers in nine title-free years since Alex Ferguson retired, Fenway progressed under Brendan Rodgers before bringing in German Juergen Klopp in 2015.

Under Klopp, Liverpool showed gradual improvement before winning the Champions League in 2019 and the club's first domestic league title in 30 years with their Premier League triumph in 2020.

Last year, they won the FA Cup and League Cup and, thanks to an acclaimed recruitment department, they have continued to find and sign quality players from across Europe who have gradually been added to the squad.

Prior to Klopp, the club had invested heavily in a number of expensive players who failed to deliver such as strikers Christian Benteke and Andy Carroll.

But while previous managers had been in conflict at times with Liverpool’s "transfer committee" led by American sporting director Michael Edwards, Klopp was far more relaxed about recruitment that involved data and the input of others.

In contrast, United's often panicked and scattergun approach to recruitment has resulted in a series of expensive flops such as Alexis Sanchez, Paul Pogba and Romelu Lukaku while missing out on young players targeted by their manager such as Erling Haaland, Jude Bellingham and now Frenkie de Jong - wanted by the latest boss, Dutchman Erik ten Hag.

'TURNING INTO A JOKE'

Much of United fans' ire has been focused on the leveraged nature of the Glazers' takeover which saddled them with expensive debt repayment but United have still been commercially successful enough to finance the constant recruitment failures.

Money has not been United's main problem - spending it wisely has.

In the early years of the Glazer ownership, the club continued to enjoy success thanks to the control Ferguson maintained over the football side.

Indeed, five more Premier League titles were won after the 2005 Glazer takeover before Ferguson stepped aside, along with the 2008 Champions League.

But the Americans have been unable to manage the post-Ferguson era, with their appointments to key positions facing constant criticism.

"It is clear that this mess - which starts from above and seeps through the entire club - is not helping anyone. United’s actions this summer are evidence of a club in turmoil and an executive team without a discernible plan in the transfer market," said former Liverpool captain Jamie Carragher, now a columnist with the Telegraph.

"The club is turning into a joke, and without meaningful change at the top it is hard to envisage any significant long-term improvements on the pitch."

Liverpool had their own experience of American mismanagement with previous owners George Gillett and Tom Hicks who ran the club from 2007 to 2010 and faced intense opposition from fans.

With British billionaire Jim Ratcliffe the first potential investor to raise the prospect of a takeover, United fans are hoping that they too can soon start a new era.

But while there is no certainty that the Glazers are ready to sell, another embarrassing result to their old rivals on Monday is sure to increase the pressure.

It may hurt to hear it for United fans but for Liverpool, Monday's game is just another chance for three points -- the North West derby which really matters now is with the defending champions, Pep Guardiola's Manchester City. 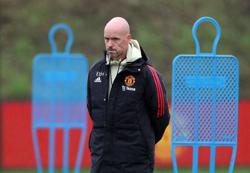 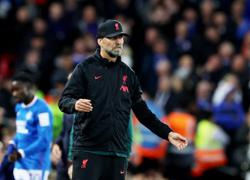