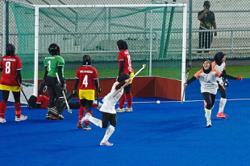 PETALING JAYA: Melaka centreback Fadhli Shas (pic) has a tough ‘tusk’ ahead – to contain a parade of rejuvenated Elephants in their Super League match at the Hang Jebat Stadium today.

It’s a scary time for the Mousedeer to take on Pahang, who are on a roll of late thanks to the guidance of the team’s two legends - coach Dollah Salleh and technical adviser Fandi Ahmad.

Pahang have also won their last three games without conceding – beating Selangor (2-0, home), Kedah (2-0, home) and Petaling Jaya City (3-0, away) - and have climbed to fifth in the standings with 17 points from 14 games.

Fadhli, however, said his side are fired up for any kind of encounter as they seek to bounce back from their 2-1 loss to Sabah on July 31.

“To beat Pahang now, we must be clinical up front and take every chance we get. We must also minimise our mistakes in defence as Pahang’s attack is really sharp, given the form of Steven Rodriguez,” said the 31-year-old Fadhli, who joined Melaka on loan from Johor Darul Ta’zim earlier this year.

“I know how coach Dollah works too because I played under him when he was the national coach. He is one of the best motivators.”

Although Melaka are ninth in the league with 16 points from 13 matches, they still have a chance to end up in the top four as their gap with the likes of Pahang, Terengganu, Kuala Lumpur and Selangor is small.

Fadhli admits that losing to Sabah in the last minute was a bitter pill to swallow but said they had no time to wallow in their sorrow.

“Our form lately has been good but we’ve been very unlucky. We were beaten by last-minute goals against JDT in the FA Cup quarter-finals and also Sabah in the league. It’s painful to lose like that and we don’t want it to happen again.

“Now, we must maintain our focus until the final whistle.” 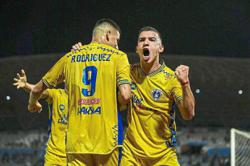