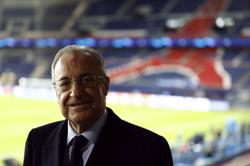 (Reuters) - The return of forward Romelu Lukaku is a major boost to Inter Milan's title hopes but manager Simone Inzaghi could be dealt a poor hand if the club opt to cash in on key defenders in a transfer window that has not gone totally to plan.

While Inter failed to defend their title last season, finishing two points behind champions AC Milan, they won the Italian Cup and Super Cup and there is optimism around the club that a 20th Serie A crown is not too far away.

In Inzaghi, they have a shrewd manager who ensured a smooth transition in his first season after taking over from Antonio Conte and coped well with the departures of Achraf Hakimi to Paris St Germain and Lukaku to Chelsea.

Belgian international Lukaku's return on a loan deal is a huge step forward given how instrumental he was in Inter's title-winning 2020-21 campaign where he scored 24 goals and had 10 assists.

"Last year, we were already the best attack of the league and this year with Romelu we'll have more solutions," said Inzaghi, who will hope Lukaku and last season's top scorer Lautaro Martinez will make for an unstoppable duo again.

That stellar forward line could have been bolstered further by the addition of Paulo Dybala but the Juventus striker opted to join former Inter boss Jose Mourinho at AS Roma.

Croatian winger Ivan Perisic left to join Tottenham Hotspur, leaving a hole in Inzaghi's plans for the new season, which begins against Lecce on Saturday.

Chilean forward Alexis Sanchez and Arturo Vidal had their contracts terminated while key defenders Milan Skriniar and Denzel Dumfries have been linked with moves to PSG and Chelsea respectively.

Inter's Chinese owners Suning will make a final decision on any potential sales, but cashing in on the two players would be a major blow to their hopes of reclaiming the Scudetto.

(Reporting by Silvia Recchimuzzi in Gdansk; Editing by Peter Rutherford) 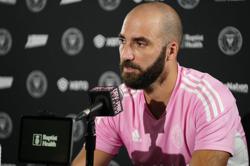 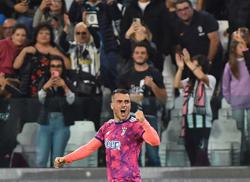