PETALING JAYA: Kedah had only themselves to blame for failing to take advantage of a nine-man PSM Makassar side but coach Aidil Sharin isn’t pointing the finger at his charges.

The Canaries bowed out of the AFC Cup after they were edged 2-1 by the Indonesian club in the Asean zone semi-final at the Stadion Kapten I Wayan Dipta in Bali, Indonesia, on Tuesday.

Aidil said his players gave everything they had and worked very hard until the final whistle but still fell short in the end.

“For us to come here with a new team and compete in the AFC Cup at this stage of the competition is a good achievement and the players are still learning,” said Aidil.

“We’re certainly disappointed but will take this as a lesson to get better and compete again next season.”

Makassar went 2-0 up with goals by Yakub Sayuri (31st minute) and Yuran Fernandes (53rd) before Kedah pulled one back via Fayadh Zulkifli (85th).

Despite having two players sent off – Fernandes in the 59th minute and Agung Manan in the 98th – the home side still held on for the win.

Makassar also created their own history by reaching the Asean zone final for the first time.

Their previous best outing was reaching the 2019 Asean zone semi-finals.

Makassar will face either Vietnam’s Viettel or Kuala Lumpur on Aug 24 for a place in the Inter-zone semi-finals against India’s ATK Mohun Bagan on Sept 7. 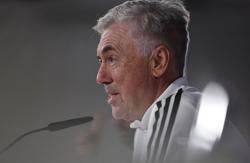 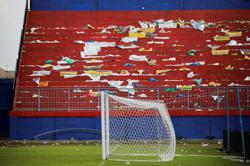