PETALING JAYA: Terengganu have booked a spot in the final of the FA Cup after beating Selangor 4-2 in a penalty shootout in the semi-final at the Sultan Mizan Stadium in Gong Badak on Saturday (Aug 6).

The game ended 1-1 in regulation time and both sides couldn't get the breakthrough in extra-time.

It was Selangor who drew first blood when winger Norhakim Hassan tapped a cross from rightback Quentin Cheng in the 23rd minute.

In the second-half, the Turtles got their equaliser when winger Faisal Halim scored a brilliant solo goal by beating two players and poked in a shot past Selangor’s goalkeeper Samuel Somerville in the 47th minute.

The game went into extra-time as both sides couldn't find a winner in regulation time.

As both sides couldn't find the winner, the game went to a penalty shoot-out.

Shahrul Nizam Ros Hani was the hero when he scored the winning penalty for Terengganu. The East Coast side will take on Johor Darul Ta’zim in the final. 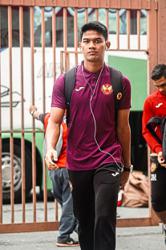