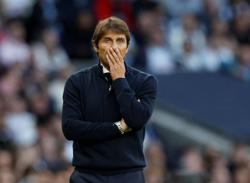 LONDON (Reuters) -Tottenham Hotspur underlined their credentials as a team capable of a Premier League title challenge with a confident 4-1 defeat of Southampton to get their campaign up and running on Saturday.

The hosts fell behind to a James Ward-Prowse volley in the 12th minute but dominated throughout with goals by Ryan Sessegnon, Eric Dier and Dejan Kulusevski sealing the win.

Dier glanced in Son Heung-min's cross with a stooping header in the 31st minute to put Tottenham ahead, and the hosts should have been out of sight before the interval.

Mohammed Salisu clumsily turned Emerson Royal's cross into his own net in the 61st minute, and two minutes later Royal set up the impressive Kulusevski to guide an exquisite finish beyond Bazunu whose saves kept the score respectable.

It was quite a statement by Tottenham, who did not even need the usual goal contributions of last season's Premier League Golden Boot winner Son or Harry Kane -- both of whom had several chances to open their tallies for the season.

Tottenham ended the match in cruise control and manager Antonio Conte gave debuts to new signings Ivan Perisic and Yves Bissouma as substitutes in the second half.

Midfielder Bissouma enjoyed a lively cameo, getting a yellow card and then almost scoring in the last minute.

Some solid transfer business, the presence of serial-winner Conte as coach and the way they ended last season to grab fourth spot, has seen Tottenham tipped as potential challengers to Manchester City and Liverpool's duopoly.

There was a real buzz around the sun-kissed north London stadium and even when Ward-Prowse bounced a volley down and beyond Hugo Lloris the mood did not dampen.

Showing a relentless energy Tottenham simply overpowered a Southampton side who rarely threatened to salvage anything.

Swedish forward Kulusevski, who joined from Juventus in January, continued where he left off last season with an another all-action display that is fast becoming his trademark.

"We are very pleased -- it wasn't an easy game. Going behind at home isn't nice and after we scored we could have scored a lot more," Kulusevski said.

"I love how this team is playing because we create a lot of chances and the fans are enjoying it and I like playing."

The fact that the lethal duo of Kane and Son had a relative off day and Richarlison, signed from Everton for 60 million pounds ($72.43 million) to offer more attacking options, was suspended augurs well for Tottenham's goal tally this season.

Whether or not they can mount a serious challenge remains to be seen and their clash with Chelsea next week will offer a better clue as to their potential. 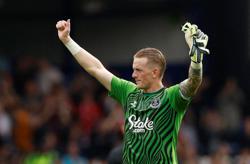