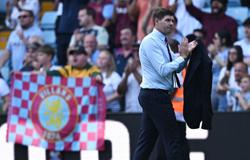 (Reuters) - Wayne Rooney's DC United have signed Belgium striker Christian Benteke from Crystal Palace on a 2-1/2-year deal with the option of an extra year, the Major League Soccer club said on Friday.

The former Aston Villa and Liverpool player, who has spent the last 10 seasons in the Premier League, will join his new club pending receipt of a work visa, DC United said https://www.dcunited.com/news/d-c-united-sign-belgian-international-christian-benteke-from-crystal-palace.

No financial details of the move were disclosed.

The 31-year-old, who had one year left on his Palace contract, scored 37 goals in 177 games in all competitions during his six-year stint in south London.

"Christian is a top player who has played at the highest level for a long time," head coach Rooney, who took over last month, told the club's website.

"His experience and ability to score goals and help the team will be invaluable. It's exciting for the team and myself to get him in and playing. He will make a huge difference."

Benteke moved to England in 2012, signing for Villa from Belgian side Genk. He spent three seasons in Birmingham, scoring 49 goals in 101 games.

He joined Liverpool in 2015 but struggled in his only season at the Merseyside club before switching to Palace. His best season in south London was 2016-17, when he scored 17 times in all competitions.

Benteke has also netted 18 goals in 45 appearances for Belgium since his senior debut in 2010.

"Christian has played a crucial role in this club's Premier League journey, making an immediate impact after signing and playing a central role in the squad ever since," Palace chairman Steve Parish told the club's website https://www.cpfc.co.uk/news/announcement/christian-benteke-joins-mls-after-six-years-at-crystal-palace/2022-08-04.

"We all wish him all the very best with the next stage of his career."

DC United are bottom of the MLS Eastern Conference standings with six wins, three draws and 13 defeats in 22 games. They lost 3-0 to Charlotte on Wednesday.

(Reporting by Hritika Sharma in Hyderabad; Editing by Ken Ferris) 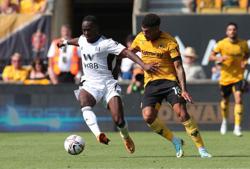 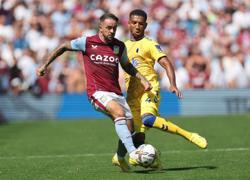