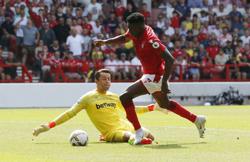 (Reuters) - Nottingham Forest will arrive at Newcastle United on Saturday with a new-look team after bringing in 12 players but manager Steve Cooper said the club have not yet completed their transfer business ahead of their first Premier League game in 23 years.

Forest, who beat Huddersfield Town in the Championship playoff to seal promotion, have been rebuilding a ravaged by the departures of senior players Brice Samba, Lewis Grabban and Tobias Figueiredo as well as five on-loan players.

"I think there will be more ins and outs," Cooper told reporters on Thursday. "It's not a straightforward process in bringing a player in, I don't know in terms of numbers.

"If I'm being honest, we would have liked to have carried on with a large part of the team from last year and just added where we thought we needed to add to to compete at the level, but that was never going to be the case.

"We had no alternative than to make the amount of changes that we've had to make - and are continuing to do so."

Former European champions Forest were relegated from the top flight in 1999. They join Bournemouth and Fulham, who won automatic promotion, in the league this season.

Cooper added Forest would have had to make a large number of signings even if they were still in the Championship.

"We knew the changes were coming whatever league we were in this season," Cooper said. "Even if we hadn't got promoted we knew there would be a lot of changes in personnel for a number of reasons.

"We are looking to embrace (the Premier League). So many of us have worked so hard to be in a position like this

"There is still a good core of players that were a big part of the spirit last year and we want to continue to build that." 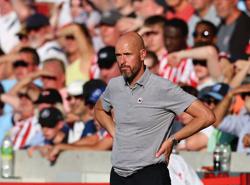