After holding Johor Darul Ta’zim (JDT) to a 1-1 draw last Saturday, Melaka claimed a superb 2-0 win over the former Malaysia Cup champions at the Hang Jebat Stadium on Tuesday.

Nigerian Olusegun struck twice in the 39th and 57th minute against to hand the Mousedeer three precious points.

Melaka looked to have got their troubles behind them. They have now won three out of their last six matches.

Melaka failed to chalk up a win in their first four matches which led to their coach Risto Vidakovic being shown the exit in April.

The victory saw Melaka moving up to eighth in the standings on 12 points while Selangor remained seventh, also on 12 points but with better goal difference.

Assistant coach Mohd Asri Ninggal attributed the win to the same team spirit displayed by his charges against JDT. “The players continued the good momentum we had after holding JDT,” said Asri.

“Despite only two days of rest, they continued to show strong determination to put up a solid performance against Selangor.

“Goalkeeper Bryan See was also outstanding as he saved many attempts.

“We also made the right decision to field Ifedayo in the match although he was not in our plans at first because of his injury problems.

“But Ifedayo was determined to do something against his former team and it paid off for Melaka.

“The overall positive performance of the players were among the factors that contributed to this victory,” added Asri, who hoped the players can keep up the good run in the upcoming matches against PJ City and Penang.

Melaka will have about two weeks before they host PJ City and Asri said it is the best opportunity to prepare and aim for maximum points.

Meanwhile, Selangor coach Michael Feichtenbeiner said his players played well in the first half but failed to breach the Melaka defence.

“Melaka only had one good opportunity towards the end of the first half and they manage to convert it which affected our rhythm,” explained the German. 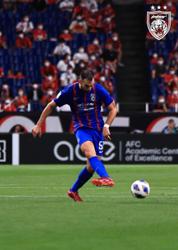 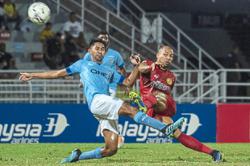