Soccer-Lukaku back in training, Hazard could start for Belgium - coach

Lukaku was hurt in a collision with goalkeeper Simon Mignolet in training and missed practice on Wednesday but was practising with his team mates 24 hours later.

"Lukaku is a very strong and fit guy. If I was in that collision it would have been a different situation and I would now be in the hospital. If he has a good session, I don't see why he can't play," Martinez told a news conference ahead of the clash in Brussels.

"Eden Hazard may not be ready to play 90 minutes, but he is ready to start. He made a big impression on me in the last three days. There are now four matches in a short time and we will see if we can use him in all matches," he added.

Injury and lack of form have kept Hazard sidelined for much of the season at Real Madrid.

Belgium are without first-choice goalkeeper Thibaut Courtois, who withdrew with a long-standing groin problem and after his Champions League heroics for Real Madrid last Saturday.

Belgium follow Friday’s clash against their neighbours with a match against Poland in Brussels on Wednesday, Wales away on June 11 and Poland away on June 14.

"We have to use this period to be the best we can be at the World Cup. I see the attitude and I don't think there is a problem in terms of commitment and willingness to play. It is important now to be on and off the field together as a group, with an eye on Qatar," Martinez added. 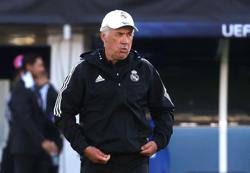 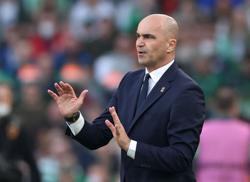