Soccer-Salah says he will be with Liverpool next season 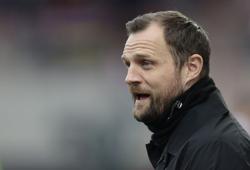 LIVERPOOL, England (Reuters) -Liverpool forward Mohamed Salah, who is heading into the final year of his contract, says he will be staying with the club next season regardless of how future talks over his deal progress.

Salah, joint top scorer in the Premier League with 23 goals this season, would be available on a free transfer at the end of next season if he does not sign a contract extension.

Speaking at a news conference ahead of Saturday's Champions League final against Real Madrid in Paris, the Egyptian said it was not the right moment to deal with contract negotiations.

"In my mind, I don't focus on the contract. I don't want to be selfish at all. I said two months ago it's about the team. It's an important week for us. I want to win the Champions League again," he said.

"I'm staying next season for sure. I want to see Hendo (Jordan Henderson) with that trophy in his hands again and then hopefully he gives it to me!" he said.

Liverpool forward Sadio Mane, who is also out of contract at the end of next season, told Sky Sports he would address his future after Saturday's final.

Liverpool chairman Tom Werner said this week that the club would like to keep Salah and Mane.

"I'd like to keep those conversations confidential but obviously we've articulated our desire that they remain," said Werner.

Liverpool manager Juergen Klopp said the outcome of Saturday's game would not influence the players' decisions.

The German said it was not unusual for talks to take time.

"Sometimes players have this idea, we have another, sometimes they don't match immediately but we work together, we have known each other for ages. It's all fine," he said.

"It is all clear, not one of them is waiting to hear from us what we want to do." 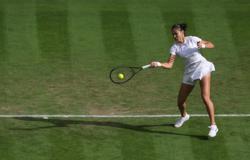