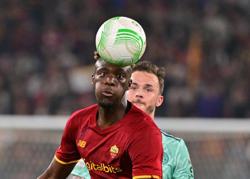 TIRANA (Reuters) - Police in Albania said 10 officers were injured while trying to stop fans from Feyenoord and Roma fighting ahead of Wednesday's Europa Conference League final in Tirana.

"As a result of the violence from the fans of both teams, 10 police officers were injured and a police car was damaged," Albanian police said in a statement.

The police were attacked by fans wielding glass bottles, sticks, stones and other objects, it added.

"Police have taken 60 people from both fan groups, 48 Italians and 12 Dutch, to the station."

The final is one of the biggest sporting events ever hosted by Albania, with authorities declaring Wednesday a public holiday and closing the main roads in the capital.

With the venue for the final having a capacity of only 21,690, thousands of fans of the Dutch and Italian sides are expected to watch the game in two different fan zones.

Police said they have taken measures to prevent outbreaks of violence during the day of the match. 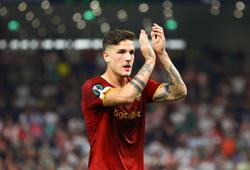 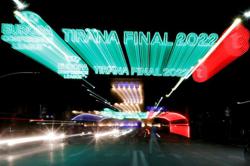