Ten Hag was unveiled as United boss on Monday and while he avoided making grandiose promises, the Dutchman was clear when asked at this first news conference if Ronaldo was in his plans. 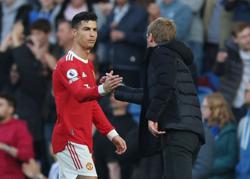