Ten Hag, who was named United manager last month to take over from interim boss Ralf Rangnick, arrives at Old Trafford having led Ajax to their third consecutive Eredivisie title 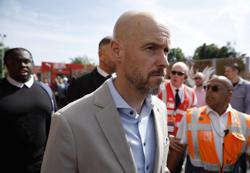