MELBOURNE (Reuters) - Western United scored two late goals to charge into their first A-League championship final in only their season of existence with a 4-1 win over Melbourne Victory in the second leg of their semi-final on Saturday.

Forward Lachie Wales struck in the 78th minute to break the aggregate deadlock, and Dylan Wenzel-Halls sealed the win in the ninth minute of stoppage time at Melbourne's Rectangular Stadium.

The 4-2 aggregate victory sent United into next week's "Grand Final" against reigning champions Melbourne City or Adelaide United, who drew 0-0 in the first leg of their semi-final and meet in the second at the same stadium on Sunday.

"It's unreal," said Wales as the small band of United supporters celebrated a famous win over the four-times champions and city rivals.

In the absence of United's injured Italian skipper Alessandro Diamanti, Aleksandar Prijovic had stepped up with two goals that kept United in the fixture.

The former Serbia striker first wiped out the 1-0 aggregate deficit with a back post header after Connor Pain had lofted a ball over the Victory defence in the 18th minute.

Victory midfielder Jake Brimmer, who scored the only goal in the first leg, levelled up the tie on the night before halftime with a beautifully struck free kick.

Four minutes after the break, United were ahead again after Wenzel-Halls curled the ball behind the defence and Prijovic got ahead of two Victory players to poke it into the net for his 12th goal of the season.

With the tie all square at 2-2 on aggregate, both teams poured forward looking for the winner. United made the breakthrough, Wales's shot benefiting from a hefty deflection that sent the goalkeeper the wrong way.

Victory, who had been hoping to reach the title decider for the seventh time, hit the woodwork as they besieged the United goal in stoppage time, but Wenzel-Halls put the tie beyond them with a simple finish on the break. 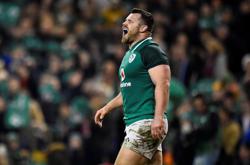 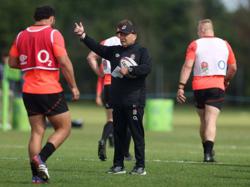