Vietnam through to final after winner in 110th minute 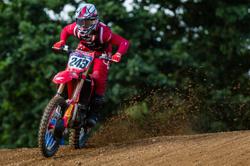 THEY had the bigger names, the tag of favourites and the sea of red in the stadium rooting for them, yet it took hosts Vietnam 110 minutes before they could tame the young Malaysian Tigers.

Every Malaysian player fought doggedly in the semi-finals of the SEA Games football competition but it was the hosts who finally prevailed, beating Brad Maloney’s side 1-0 extra-time at the Viet Tri Stadium in Phu To yesterday.

Malaysia started out well and had the first best chance of the game when Nik Akif Syahiran Nik Mat capitalised on a loose defensive header off a Mukhairi Ajmal’s corner in the18th minute, but his outside foot shot was easily smothered by goalkeeper Nguyen Van Toan.

After that, Vietnam took over possession but were constantly frustrated by Malaysia, who defended with great discipline.

One player who stood out was Harith Haiqal Adam Afkar, who not only marked out Vietnam’s top striker Nguyen Tien Linh, but also came up with superb blocks and interceptions.

The last five minutes of the first half proved a little frantic for the Malaysians as Vietnam had two chances to break the deadlock.

In the 41st minute, a superb cross from Le Van Xuan on the right found Thien Linh, whose shot was saved by goalkeeper Azri Ghani.

A few seconds later, a rushing Nham Manh Dung pounced on a rebound, but Ahmad Zikri Khalili thwarted him.

In the second half, Vietnam continued to dominate, while Malaysia stood stoic.

In the 83rd minute, that move almost paid dividends when Nik Akif’s set-piece from the right found Safwan, but the latter headed over the bar.

In the 97th minute, Hoang Viet Anh Bui nearly broke the deadlock when he took advantage of a loose clearance, but his shot hit the side netting.

Harith was taken off in the 15th minute of extra time due to injury.

Then, Vietnam earned a free kick. And Thien Linh broke Malaysian hearts when he headed home the cross from his captain, Do Dung Hung as goalkeeper Azri was left stranded behind the striker.

Malaysia tried for an equaliser but Vietnam held on to the win and qualify for their second consecutive SEA Games final.

They will be looking to retain the gold they won in Manila three years ago when they face Thailand in the final. The Thais defeated Indonesia 1-0 yesterday.

Malaysia will take on Indonesia in the bronze medal playoff with both matches being played at the MyDinh Stadium on May 22. 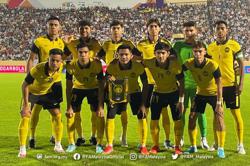