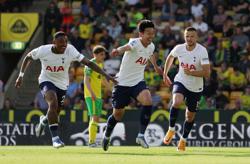 Influential: Bergson Da Silva (in blue) is one of the three imports currently playing for JDT.

And the Spaniards, also known for their flamboyant style, will surely light up the local football scene.

The team’s technical director Alistair Edwards said they will announce two of the three players today while the other signing will join them for pre-season training in Dubai.

“JDT have signed three Spanish players to strengthen the squad for the 2022 season, where we will once again compete in the AFC Champions League in addition to three domestic competitions,” he said in a statement.

“JDT will depart for Dubai this weekend and have friendly matches lined up against Spartak Moscow, Rodina Moscow, MSK Zilina and Riga FC.”

And they are looking at more players to strengthen an already formidable squad.

It is learnt that they are interested in the Philippines’ naturalised striker Bienvenido Maranon, who was born in Spain and Filipino-Spanish centreback Carli De Murga, who captained Terengganu last year.

These reinforcements are deemed crucial as they want to stamp their mark on the local and regional stage.

They will definitely be gunning for a treble – league, FA Cup and the Malaysia Cup – this season.

And in the AFC Champions League, JDT need all the help they can get as they are drawn in a tough group.

Playing in Group I, they have for company J-League winners Kawasaki Frontale, Chinese Super League champions Guangzhou and the winner of the playoff between Thai club Port FC and Korean League giants Ulsan Hyundai. 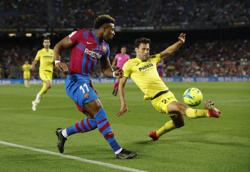 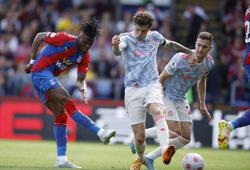