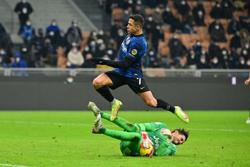 MILAN (Reuters) - Inter Milan coach Simone Inzaghi said his side's recent form will stand them in good stead as they target a Champions League victory at Real Madrid to seal top spot in their group.

Inter are assured of a place in the last 16 but qualify as Group D winners if they beat Real at the Bernabeu on Tuesday.

Getting Inter into the knockout stages for the first time since 2011-12 was always the aim for Inzaghi, but he insisted there was still plenty to play for in the Spanish capital.

"I think tomorrow's match is important for us," he told a news conference on Monday.

"In the first game against Real at home we played good football despite losing (1-0). Now we come from a good streak (of form) that has given us even greater belief that we can get the result we need.

"We will play with personality and confidence, knowing that we have done something important for the club, because Inter had not been through (to the knockout stage) for 10 years."

Inzaghi noted that the Madrid side's Brazilian forward Vinicius Junior could cause problems but said LaLiga leaders Real should be wary of his team's quality, with striker Lautaro Martinez fit to start after being on the bench at the weekend.

"He (Vinicius) has great ability, this year he is having consistency in terms of assists and goals," Inzaghi said. "Tomorrow he will be a special player, but Madrid have many top players.

"I'm lucky enough to have some great professionals available who are playing well. Lautaro is fine, he has no problems." 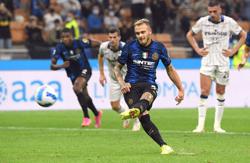 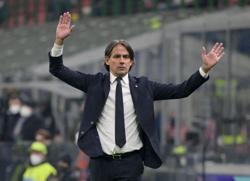