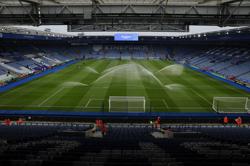 (Reuters) -Chelsea midfielder Mateo Kovacic is isolating after testing positive for COVID-19 ahead of their final Champions League group game at Zenit St Petersburg while four other players are out injured, manager Thomas Tuchel said on Tuesday.

Kovacic, who has five league assists, was back in contention for the first time since October after a thigh injury ruled the Croatia international out of Chelsea's last eight games in all competitions.

"Mateo was in training yesterday with a big smile and (it)was pure pleasure to have him back, but he tested positive today for COVID-19 and is isolating," Tuchel told reporters ahead of Wednesday's game.

"I was aware that this (more COVID-19 cases) could happen and I'm not happy about it, not only as a manager but as a person. But this is what reality is at the moment, so we have to be ready to adapt and secure people's health."

Ben Chilwell, N'Golo Kante (both knee), Trevoh Chalobah (thigh) and Jorginho (back problem) are also ruled out for Wednesday's game.

Kai Havertz limped off at halftime during their 3-2 Premier League defeat at West Ham United at the weekend, but the German was back in training on Tuesday.

Tuchel said Chelsea have "an acute overload" due to injuries and a hectic schedule, with the team due to play six more matches in all competitions this month after they return from Russia.

"Due to injuries in some positions, like central midfield, we struggle, but the game tomorrow is not a problem in terms of being overloaded," Tuchel added.

"The problem is the next match on Saturday (against Leeds United) because we will lose time to sleep, arrive back very early on Thursday... Then we face an intense team in Leeds who have prepared to play this match."

Chelsea have already qualified for the Champions League's knockout stages and are tied on 12 points with Juventus at the top of Group H. The London club can finish as group leaders if they match or better Juventus' result against Malmo. 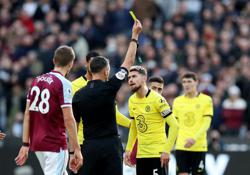 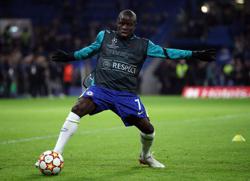