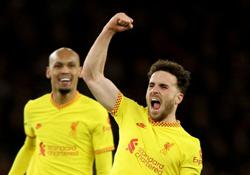 LONDON (Reuters) - Chelsea manager Emma Hayes said winning the domestic treble was her biggest achievement at the club after her side beat Arsenal in the 2021 Women's FA Cup final at Wembley on Sunday.

Hayes's side won their third FA Cup in emphatic style after goals from Fran Kirby and a brace from Sam Kerr, although they had chances to score plenty more. The competition had been interrupted and postponed from last season due to COVID-19.

After securing back to back wins in the league and League Cup earlier this year, Sunday's win completed a first ever treble for Chelsea and another trophy for the 45-year-old.

"I think to win a treble, and I have to say a quadruple domestically because we won the Community Shield (in 2020), is the biggest achievement," she told a news conference.

"As far as we're concerned it is a quadruple of domestic trophies, and that is an amazing achievement of football at any level," she added.

"I think when it comes to the performance, what more could I ask as a team, except we should have had more goals in the first half and then I think it would have been even more convincing.

"It was dominant, it was dogged when it needed to be, I think tactically we got it spot on, we dealt with the threats...

"This is a proud day as manager of Chelsea... and tonight we have painted Wembley blue."

Hayes added that she had been congratulated by Chelsea owner Roman Abramovich after the game.

There won't be too much time to celebrate, however, as Chelsea face Juventus in the Champions League on Wednesday looking to clinch first place in Group A.

Chelsea are eager to go on and make amends for their defeat in the Champions League final last season to Barcelona. 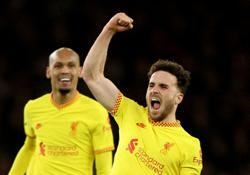 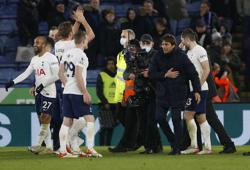