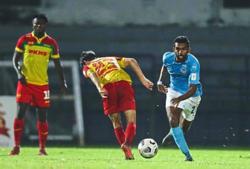 PETALING JAYA: Petaling Jaya City will stick to their tagline, “Yakini Lokal” (Believe the locals), for the Super League challenge next season.

The Phoenix believe they can defy the odds again with an all-local squad and hope to see more of their players breaking into the national team.

Darren had to pull out due to injury, but Kalamullah and Kogileswaran have flown to Singapore to play in the tournament starting from Dec 6 to Jan 2.

Coach P. Maniam said the breakthrough made by the players is the reason why the club are continuing with their all-local policy.

“I’m glad our boys are part of it now,” said the former Selangor coach.

“Last season, nobody fancied us to do well, but we finished a commendable seventh.

“We also showed great fighting spirit in all our matches.

“For the new season, we want to do even better and push for a higher finish in the Super League.

“We’ll start our pre-season early, as early as next week. For the first two weeks, we’ll work on fitness and strength and then plan some friendlies with local clubs.”

“The aim is to add quality, and I believe we’ve done that.

“The management will soon announce the names that have signed with us for the new season.”

It is learnt that one of them could be winger S. Kumaahran, who impressed this season for Melaka. 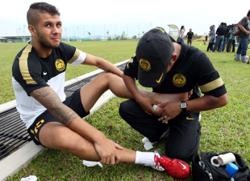 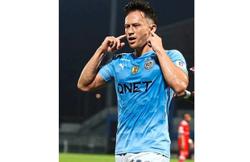