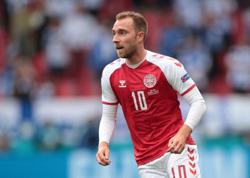 COPENHAGEN (Reuters) - Denmark's Inter Milan midfielder Christian Eriksen has begun working out at the training ground of his youth club in Denmark following his rehabilitation after suffering a cardiac arrest at Euro 2020, a spokesperson for the club said on Thursday.

Eriksen, 29, has not played since suffering the cardiac arrest while running near the left touchline during Denmark's opening game of the tournament against Finland in June and received life-saving treatment on the pitch.

"Eriksen reached out to us, and he is now training by himself," a spokesperson for Odense Boldklub (OB) told Reuters.

"It's natural for him since he played here in his youth and lives around the corner. We are very happy to be able to provide training facilities for him," he said.

Eriksen played for OB before joining Ajax Amsterdam in 2008, where he became an international. He moved to Tottenham Hotspur in 2013, playing in the 2019 Champions League final, and then signed for Inter Milan last year.

The Italian medical authority has suspended Eriksen from playing nL1N2RP0QI in Serie A, due to a rule prohibiting the use of a cardioverter defibrillator (ICD) device that he has had implanted, Inter said in October.

The Serie A champions also said they were open to letting the Danish midfielder leave the club.

The OB spokesperson did not know when Eriksen started training in Odense or how long he planned to train there. 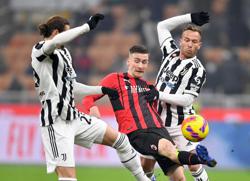 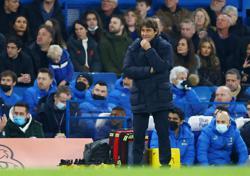