(Reuters) - Former Coventry City manager John Sillett, who led them to FA Cup glory in 1987, has died at the age of 85, the English club said on Tuesday.

Sillett managed Coventry between 1986-1990 and helped them lift the FA Cup after they beat Tottenham Hotspur 3-2 in the final at Wembley, securing the club's first and only major trophy.

"'Snoz' will forever be loved and remembered by Sky Blues fans and all who met him, who will remember a larger-than-life character who loved football and Coventry City," Coventry said in a statement https://www.ccfc.co.uk/news/2021/november/news-rip-john-sillett.

Sillett also played as a defender for Chelsea -- where he won a first division title -- Coventry and Plymouth Argyle between 1954 and 1968 before moving into management at Hereford United in 1974.

He won a third division title at Hereford and returned to the club in 1991 after his spell at Coventry. 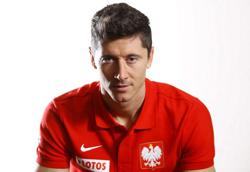