PETALING JAYA: For Kuala Lumpur captain Paulo Josue, featuring in the 100th anniversary of the Malaysia Cup final today is something he will remember for a lifetime.

But he does not want to be just part of a historic game. The Brazilian aims to lead his players to a stunning win against their illustrious opponents.

The 32-year-old, who has been one of the top providers in the competition with six assists, said he is excited to be playing in front of a big crowd again.

“Not only that, I think all eyes in Malaysia will be watching the game. It’s a huge privilege for me to be there in Bukit Jalil with our supporters. As captain, I can assure the fans we’ll give our 100%,” said the midfielder.

“It will be tough because we are facing the biggest side in South-East Asia. They’ve won the Super League eight times in a row, so there isn’t much to say about their greatness.

“Coach Bojan (Hodak) just told us to go and enjoy the game. Keep to the game plan, especially in defence and when we have the chance to attack, make sure we hurt them.”

JDT captain and goalkeeper Mohd Farizal Marlias said the players are highly motivated to defend the title and added that a win tonight was crucial as it would be historic.

“We want to put JDT’s name on the trophy because it’s the 100th anniversary. It will be meaningful for the club and us,” said the 35-year-old.

“We have played with them twice before and once allowed them to score through a set piece, it was a lesson to us. So we have to be more focused and not make mistakes in front of goal,” said the 35-year-old goalkeeper.

“We can’t take them for granted. They have strengths, too but what’s important is us, our own preparations.”

Meanwhile, Kuala Lumpur’s veteran defender Shukor Adan, 42, revealed that the final would be his last game after announcing that he would hang up his boots after 24 years in the sport.

“For me, it’s best not to mention the past, because this is the new generation. The game has evolved and whoever is entrusted to play tonight, I’m sure they will give their best.

“Winning the Malaysia Cup would surely be a sweet end to my career.” 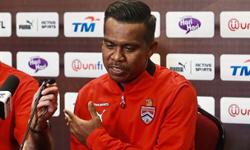 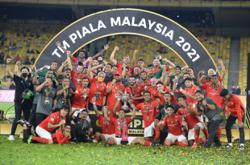