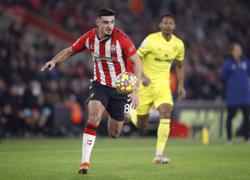 LONDON (Reuters) - Brentford striker Ivan Toney’s first-half penalty secured a 1-0 win over ailing Everton in the Premier League on Sunday, heaping more misery on the visitors ahead of their midweek Merseyside derby with Liverpool.

Toney converted from the spot for his first home goal of the season, ending Brentford's five-game winless league run and taking them up to 12th. It was the Bees' first clean sheet at home since their opening-day 2-0 win over Arsenal.

Injury-depleted Everton are now without a victory in their last seven league games, five of which have been lost, and they slipped to 14th. The Toffees host third-placed Liverpool on Wednesday, with manager Rafa Benitez coming under increasing pressure as he prepares to face his former club.

Everton had the majority of possession and made numerous raids towards the Brentford box, but lacked the quality in the final third to force an equaliser.

"Every game is important for us. Obviously the next one is more important because it is the derby. We must learn from the mistakes we are making," Benitez told Sky Sports.

"When you lose games it is not easy. It is football, sometimes like today you have chances and you push, but it is not enough.

"The only thing is to keep attacking and try not to make these mistakes in defence."

Brentford were awarded their penalty following the intervention of Video Assistant Referee Jonathan Moss as Andros Townsend’s high boot into the face of Frank Onyeka left the officials with little choice. Toney had no trouble converting.

Salomon Rondon, who has yet to open his Everton account, forced a good save from Brentford goalkeeper Alvaro Fernandez after a shot on the turn inside the six-yard box.

The visitors had their own shout for a penalty late in the first half when Rondon looked to have had his shirt pulled as he tried to get on the end of a cross, but this time the officials were unmoved.

Everton showed increased attacking intent in the second half as they dominated possession and found joy on both flanks, especially after the introduction of Demarai Gray with 20 minutes to play.

But for all their endeavour, and without their forward duo of injured Dominic Calvert-Lewin and suspended Richarlison, there were few alarming moments for Fernandez. 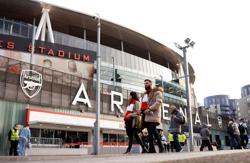