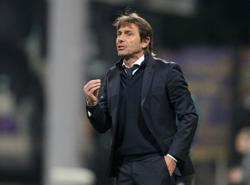 (Reuters) - Tottenham Hotspur coach Antonio Conte got a taste of just how tough a task it will be to turn the team's fortunes around as they suffered a humiliating 2-1 defeat by Slovenian side NS Mura in the Europa Conference League on Thursday.

The Premier League team fell behind in the 11th minute when Tomi Horvat arrowed a fine shot into the top corner, before Spurs midfielder Ryan Sessegnon was sent off for picking up two yellow cards inside 31 minutes.

The 10 men fought back and captain Harry Kane equalised in the 72nd minute, only for Amadej Marosa's 94th-minute deflected strike to give the side sitting fifth in the Slovenian top flight a famous victory.

Mura collected their first points in the inaugural Conference League at the fifth attempt. Spurs are second in the group and can no longer finish top to secure an automatic last-16 spot, although they can still earn a playoff place.

Spurs are level on points with third-placed Vitesse Arnhem, ahead of their final match against unbeaten group leaders Rennes on Dec. 9.

"After three weeks I am starting to understand the situation," Conte said after overseeing his third game in charge. "It is not simple. At this moment the level at Tottenham is not so high.

"I am happy to stay here but we have to work a lot to improve the quality of the squad. There is an important gap with the top teams but I am not scared," the Italian added.

"I am not a magician and after three weeks I have found players that want to work and have great commitment but sometimes it is not enough." 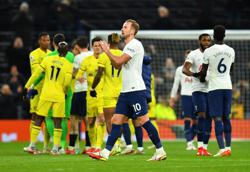 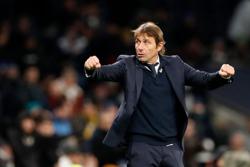