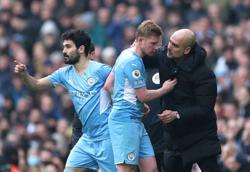 (Reuters) - Manchester City manager Pep Guardiola praised his team's consistency after another impressive performance secured a 2-1 Champions League win https://www.reuters.com/lifestyle/sports/jesus-strike-sinks-psg-man-city-win-group-2021-11-24 over Paris St Germain on Wednesday, which secured their place in the last 16 as group winners.

City, who reached last season's final, have progressed to the knockout stages for a ninth successive year and secured the win over the French side despite missing the creative talents of Kevin De Bruyne, Jack Grealish and Phil Foden.

"We pressed really well (in Paris) and we adjusted a little bit to what they do. They are so dangerous, the quality they have is extraordinary," Guardiola said.

"But we did a really good game being ourselves -- aggressive with the ball and defending well when we defended deep ... The important thing is to be ourselves.

"What gives you consistency is how you perform and the way we are performing is really good. People are enjoying watching us and we are enjoying playing. Hopefully we can sustain this for as long as possible." 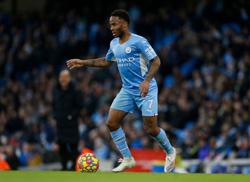 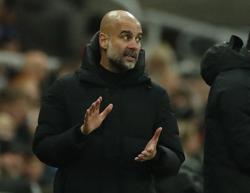