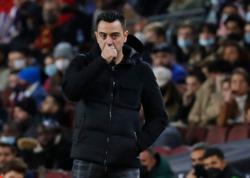 (Reuters) - Ronald Koeman is concentrating on enjoying his time as Barcelona coach, conceding that it could end in a matter of weeks as he faces mounting pressure after his side's El Clasico defeat by Real Madrid which leaves them ninth in LaLiga.

Barca will travel to in-form Rayo Vallecano on Wednesday in the league in a match that could determine Koeman's future as manager.

The Dutch former Barcelona player was appointed in August 2020 but has had to contend with the club selling talisman Lionel Messi earlier this year and an underwhelming start to the season which has yielded 15 points from nine league games.

"I'm a grown up and I know how those things work," Koeman told reporters on Tuesday.

"I want to enjoy the time that I have left, either if it is eight years, six months, one year, or some weeks. I think it's important that we win this game in Madrid, we can't afford back-to-back losses."

Koeman also dismissed the significance of some supporters surrounding his car as he made his exit from the Camp Nou following the loss to Real.

"It is a social problem. Uneducated people that don’t understand rules and values. Inside the stadium the environment was completely different and that is what I keep in mind, that festive vibe, not with those kinds of people," he said.

A possible issue for Koeman is that he may be without teenage forward Ansu Fati because of pain in his surgically repaired right knee.

"He doesn't feel right, we will decide on Wednesday morning if he makes the trip," the manager said.

Rayo are seventh in LaLiga and one point ahead of Barca, having been inspired this season by the arrival of veteran Colombian striker Radamel Falcao. They have won four of their last six games and will be roared on by a hopeful home crowd.

"They are a really tough team to beat and they are even better this season. We'll have to be in our best shape to beat them in their home," Koeman said. 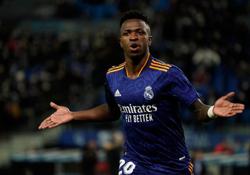 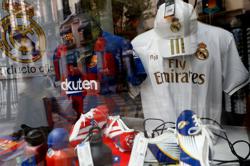