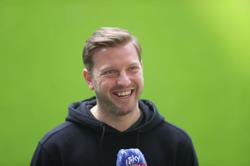 BERLIN (Reuters) - VfL Wolfsburg have parted ways with coach Mark van Bommel after a five-game losing run in all competitions and following Saturday's 2-0 Bundesliga home loss to Freiburg, the club said on Sunday.

The Dutchman had taken over this season but after four wins in a row at the start of the campaign his team managed one point form their five most recent league games.

The Wolves have failed to win any of their last eight games in all competitions.

"I am surprised and disappointed by the decision because I'm certain that we would have managed to get back on track together," Van Bommel said in a statement. "I hope the team manage to turn things around quickly."

Wolfsburg had qualified for the Champions League last season but under Van Bommel they have managed only two draws and a defeat in their three Champions League group matches, sitting in last place. They lost 3-1 to Salzburg last week.

"Ultimately, there were more factors separating us than uniting us," said Wolfsburg managing director Joerg Schmadtke.

"There was a lack of conviction in terms of being able to get out of the difficult situation we are in and turning things around as quickly as possible, which led to us making the decision to end our working relationship."

Woflsburg are currently in ninth place in the Bundesliga. 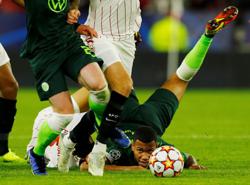