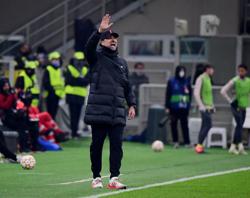 (Reuters) - Mohamed Salah hogged the limelight with a hat-trick in Liverpool's 5-0 thrashing of Manchester United on Sunday but manager Juergen Klopp was captivated by the performance of Roberto Firmino in the 'false nine' role.

Salah has racked up 15 goals in all competitions this season while 'Bobby' Firmino, who lines up as a striker but operates in deeper role to link up play, has six.

"Mo gets a lot of attention and rightly so but Bobby, for people with football knowledge -- I'm pretty sure when he finishes playing people will write books about the way he interpreted the false nine position," Klopp said.

"I don't say he invented it or we invented it, but with the way he plays it, from time to time it looks like (that)!

"There are different things to do on the pitch -- some of them are defensive, and what he did in that department tonight (Sunday) was absolutely insane. Offensively he is a nice link-up player and he finishes off from time to time as well."

Liverpool are second in the Premier League on 21 points after nine games, one point behind Chelsea. 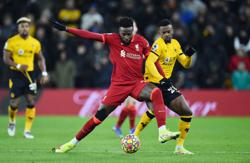 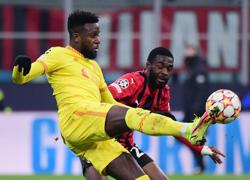