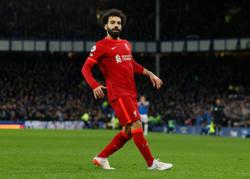 LIVERPOOL, England (Reuters) - Watford manager Claudio Ranieri took heart in how his team bounced back from a 5-0 hammering by Liverpool last weekend to beat Everton 5-2 in a "crazy game" on Saturday.

Watford came from behind twice and scored four goals in 13 frantic minutes to claim their first ever victory at Goodison Park and Ranieri's first with the team since he took over earlier this month.

"It was a crazy game because we conceded a lot of chances to score goals but Everton also conceded five goals and other great chances," Ranieri said.

"I'm very satisfied because after the Liverpool defeat we wanted to react and we reacted very well. (Conceding five goals) is funny for you, but last week it wasn't so funny.

"I asked my players to never give up, to continue to play our football. We have to defend better than today, but slowly I'm sure me and my players will link very well."

Joshua King, who played half a season at Everton without scoring, grabbed a hat-trick to open his account with Watford and Ranieri praised the Norwegian striker's all-round display.

"I don't know why (he did not succeed at Everton). For me and the team he is a great, great striker," Ranieri added.

"Not only because he scored a hat-trick today but how he held the ball and permitted midfielders to link up was amazing."

Everton boss Rafa Benitez was left to rue his side's woeful defending in the second half, saying their organisation was not up to Premier League standards.

"We conceded four goals in a few minutes and normally you cannot do this in the Premier League. When you score the second goal, that is when you have to be compact and organised, but we made mistake after mistake.

"We have to be better, especially when you are in control of the game." 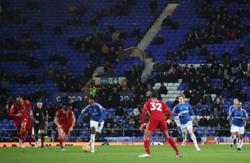 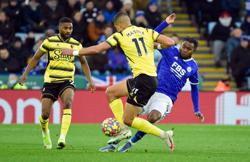