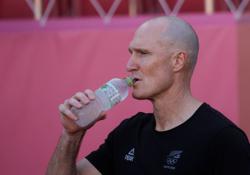 Rodrigues is due to go to Paraguay this week to meet with CONMEBOL president Alejandro Dominguez where they will discuss the idea proposed by FIFA.

"I really liked what I heard at the FIFA meeting I attended," Ednaldo Rodrigues said, according to remarks reported by the globoesporte web site.

"This chance is also going to create more youth competitions, give value to the Copa America, which will serve as a qualifying tournament, and it will also generate more financial resources."

"I am going to look into this more deeply. I want to hear CONMEBOL before deciding."

CONMEBOL, the organisation of 10 South American nations, including former World Cup winners Brazil, Argentina and Uruguay, has said it will not back FIFA President Gianni Infantino’s initiative.

CONMEBOL said in September that a biennial World Cup was highly unviable and would put a "practically impossible burden" on football’s international calendar.

FIFA has argued that a biennial World Cup would lead to increased chances for countries to play in the tournament and that a streamlined qualification process, with fewer international breaks, would reduce travel for players.

But CONMEBOL and UEFA believe it will put undue stress on players and devalue world soccer’s biggest tournament. UEFA president Aleksander Ceferin warned Infantino there would be "terrible consequences" to pushing through such a move.

FIFA is due to host a global summit of all 211 member associations on Dec. 20 and sources have indicated it may hold a vote on the issue.

Rodrigues took over as interim CBF president in August.