Annil aims to impress at U-23 Asian meet 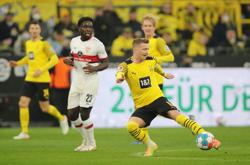 PETALING JAYA: German-based Annil Vigneswaran is all ready to repay coach Brad Maloney’s faith in him in the AFC Under-23 Asian Cup qualifiers in Mongolia from Oct 25-31.

The 18-year-old centreback, who plays for the SGV Freiburg Under-19 team in the Bundesliga.2 Youth League, has been selected for the national duty based on his solid impression in Germany.

He dreams of playing in the Bundesliga, which is Germany’s top division, but first, he wants to put up a strong outing for Malaysia in the qualifiers.

The Kajang boy, who was formerly a Kuala Lumpur Youth Soccer trainee, was first scouted by Freiburg when he was 14 and joined them at the age of 15.

He rose from the ranks and is now one of the team’s regular players in the first eleven.

“It has been a great experience with some ups and downs. But I am thrilled to play against some of the big teams with great youth setups like Stuttgart, Eintracht Frankfurt and others,” said Annil.

“The level here is pretty high. You do not only have to be physically fit but mentally strong too.

“A talent scout saw me during a football camp and told me to join the team.

“I always had the dream of playing on the biggest stage, especially in Europe. Freiburg have given me that chance and I hope to realise my dream.

“I’ve got offers from some good clubs, and I hope it could lead to something bigger in the future.”

It is learnt that Bundesliga club Stuttgart have offered him a trial opportunity in November.

The other two clubs rumoured to have expressed interest to sign him are Karlsruher (Bundesliga.2) and Waldhof Mannheim (Bundesliga.3).

Grateful with the chance to play for Malaysia, Annil said he has built a good relationship with the coaches in the Under-20 setup and cannot wait to play for them.

“It’s an honour to play for the team. I will do my best to repay the coaches’ faith and help our nation achieve success in the continental stage,” added Annil, who is a big fan of former Spain and Barcelona captain Carlos Puyol and Malaysian winger Christie Jeyaseelan.

“I love Puyol for his bravery. In Malaysia, I love Christie. I used to play with him when I was very young and still do when I’m back home. I admire his humbleness and work rate.” 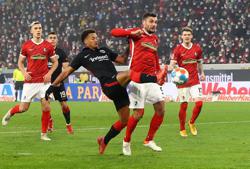 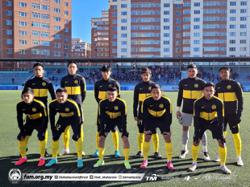