(Reuters) -Real Madrid's Vinicius Jr scored twice to lead his side to a 5-0 win against Shakhtar Donetsk on Tuesday as they put behind them a shock home defeat by Champions League debutants Sheriff Tiraspol in their last Group D game.

Real are second on six points behind Sheriff, who lost 3-1 at Inter Milan, taking the Italians to four points. The Moldovans beat Real 2-1 at the Bernabeu last month.

There were plenty of Brazilians on the pitch from both sides in Kyiv but it was Real Madrid's Vinicius Jr and Rodrygo who stole the show, having started alongside Karim Benzema up front.

Shakhtar held out until Serhiy Kryvtsov sliced a Lucas Vazquez cross over home keeper Anatolii Trubin under pressure from Benzema for an own goal after 37 minutes.

In the second half Vinicius took control with two stunning goals in five minutes. The first with a deft touch to net after a great assist from Luka Modric and the second from a stunning individual effort after dribbling past three defenders.

“It's a move that I do many times in training but was never able to do it in a game, so it’s really exciting. I’m only 21 years old and I feel better and better after every game”, said Vinicius.

He then provided an assist for Rodrygo to score the fourth goal before their France international Benzema completed the rout with a strike from inside the box in stoppage time.

"I'm glad to see Vinicius grow as a player and we're all seeing what he's capable of", Benzema said.

It was a welcome fillip for Carlo Ancelotti’s Real team before they go to Barcelona for Sunday’s Clasico in La Liga. 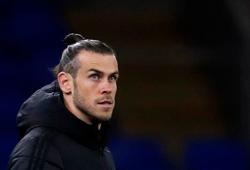