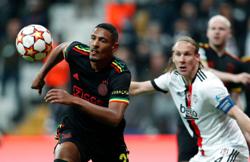 AMSTERDAM (Reuters) - Ajax Amsterdam produced a dominant showing to rout Borussia Dortmund 4-0 on Tuesday and keep up their 100% record in the Champions League as they moved closer to a place in the next stage of the competition.

The Dutch club took 11 minutes to go ahead in a sell-out clash at the Johan Cruyff Arena that was expected to be evenly contested but proved anything but.

Tadic’s curling free kick looked goal-bound but was helped into the net by a touch off the top of the head of Dortmund skipper Reus, who was credited with the own goal.

Blind’s left-footed half-volley from the edge of the area doubled the score in the 25th minute but Ajax might have led by more at the break had it not been for Gregor Kobel in the Dortmund goal, who pulled off several difficult saves.

Antony, fresh from making his Brazil debut last week, curled a left-footed shot into the net after 57 minutes as Ajax pressed home their superiority.

They were also helped by some poor Dortmund defending, especially when Haller rose easily to head home Blind’s cross for the fourth goal in the 72nd minute.

The two sides clash again in Dortmund in their next group game on Nov. 3. 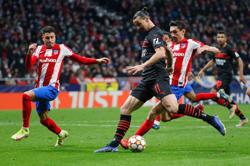 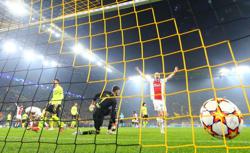