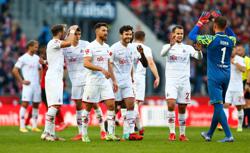 (Reuters) - Ihlas Bebou scored a double to inspire Hoffenheim to a 5-0 home demolition of Cologne to lift them up to eighth in the Byndesliga standings on Friday.

The Togo winger struck both sides of the interval with Christoph Baumgartner, Dennis Geiger and Stefan Porsch also scoring to put Hoffenheim on 11 points from eight games, one behind seventh-placed Cologne.

Bebou put the hosts ahead on 31 minutes, going around keeper Timo Horn for a cool finish after being played through by Andrej Kramaric.

The Togolese winger doubled the advantage four minutes into the second half, finding the back of the net with a backheel from Kevin Akpoguma's cross.

Christoph Baumgartner put the hammer down two minutes later from close range after collecting a David Raum cutback before Geiger and Porsch completed the rout in the last 15 minutes. 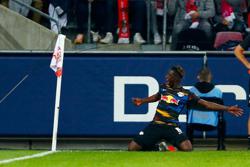