National Under-19 coach Brad Maloney guides his charges during the team's centralised camp at Wisma FAM. - Picture courtesy of FAM

PETALING JAYA: Several key Malaysian Under-23 players will only join the team’s training later but coach Brad Maloney is not fretting as he believes they will adapt quickly.

The four are expected to play major roles in the team for the 2022 AFC Under-23 Asian Cup qualifiers from Oct 25-31 in Mongolia. They team will leave on Oct 20.

Maloney said the players were experienced enough to blend in although they had missed the team’s centralised training and several friendlies too.

“I have worked with Luqman and Mukhairi two years ago when we played in the 2020 AFC U-19 championship qualification. They know how I do things and will be able to grasp the plans without problems,” said Maloney.

“I worked with Quentin during the 2019 SEA Games, so I don’t see any issues with him too.

“As for Hakimi, the reports from Terengganu on him have been good and based on his form in the Super League, I believe he can enhance our team.

“So, it’s not a problem for them to join the training later.

“We have been in constant discussions with them and the authorities on their status.”

Besides looking forward to the arrival of his four lynchpins, Maloney has been tinkering with some of the players’ positions during friendly matches.

Ahmad Zikri Khalili and Azam Azmi Murad, for instance, were tried out in different positions.

“I’ve always believed that our young boys are versatile. It’s that versatility that makes them special,” he said.

“I’m doing this to see whether they can fit into my tactical plan. It’s really good that these boys are willing to play in new positions.” 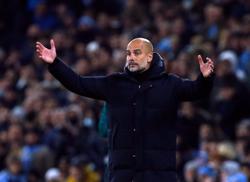