Bamford, who picked up the injury against Newcastle United last month, was expected to be in contention but Bielsa refused to put a timeframe on his return, adding that a call on the inclusion of Phillips would be taken closer to the game.

"Recovery is subject to the evolution of the injury. If I anticipated a date it would not be because I have arguments to do so. The evolution we have to control is on the day-to-day," Bielsa said of Bamford.

"Like I said, (Phillips) has possibilities to play and we will decide between today, tomorrow and Saturday."

There are also doubts over winger Raphinha, who is expected to feature for Brazil against Uruguay later on Thursday, leaving him with 36 hours to return to England.

"There's no doubt that it's a short turnaround. The option he has to participate on Saturday depends on whether he plays this final game (for Brazil), how many minutes he plays, how he finishes the game and how efficient his rest is," said Bielsa.

Leeds are 16th in the table with six points from seven games, one place above Southampton who have four points. 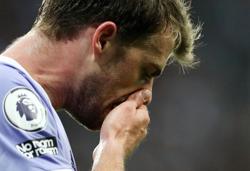