Soccer-Brugge recover to win 2-1 at Leipzig

LEIPZIG, Germany (Reuters) - Club Brugge fought back from an early goal down to post an unexpected 2-1 win at RB Leipzig in the Champions League on Tuesday.

Hans Vanaken and Mats Rits scored to take Brugge level on four points with Paris St Germain, who top Group A after two games, while the Germans are bottom after successive defeats.

Leipzig got off to a quick start when Christopher Nkunku scored after being set free on goal by Emil Forsberg. The fifth minute goal was initially ruled offside, but the decision was overturned by VAR.

Vanaken’s 22nd minute reply, after he was teed up by Charles de Ketelaere, came in similar circumstances as VAR corrected the original offside decision.

Another check was needed to confirm Rits’ goal four minutes before the break as he reacted quickest to score at the back post and put the Belgian champions into the lead.

In the 70th minute another tight offside call this time went against Brugge after Noa Lang looked to have put them 3-1 up with a strong run after getting behind the home defence but was just centimetres offside as he sprinted clear.

Nkunku, who scored a hat-trick in Leipzig’s opening group defeat at Manchester City, might have been awarded a penalty 15 minutes from time after a clash with Brugge goalkeeper Simon Mignolet but that was turned down after another VAR check.

Brugge next host Manchester City while Leipzig travel to PSG on Oct. 19. 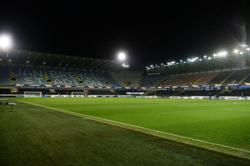 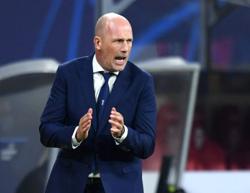